The work of Gustave Courbet and modern censorship 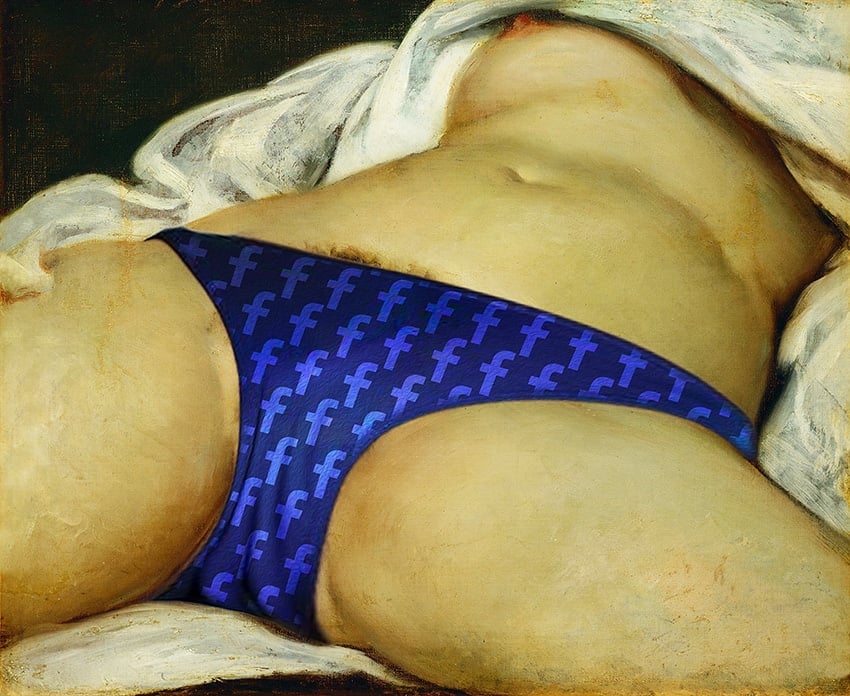 L’origine Du Monde is a famous painting otherwise known as the origin of the world. This painting which was created in the year 1866 displays the portrait of just the abdomen area of a naked woman lying down on the bed with her legs spread. The framing of this body without ahead and the arms and lower legs outside of the area makes this work of art considered to be an eroticism.

The work has been heavily censored but does appear in museums. The art has also been pandered throughout the years including a short response created by Cibachrome called L’origine de la guerre or The origin of war. This separate artists version of the painting was a response featuring a man framed in the same way with an erection.

One of the main social networks that continues to censor images and sharing of this artwork is Facebook. A famous news story occurred back in 2011 when the Copenhagen-based artist decided to illustrate his comments on the painting through video clip as it aired on DR2. Facebook not only disabled the artist’s profile but censored the image and would not allow reposting. All other pages featuring the painting are regularly deleted as well.

As a result of some of this history and in tribute to this incredible oil painting which deserves recognition, I created my own updated version of the work with a touch of humor to pass the Facebook censorship policy. Check it out below!